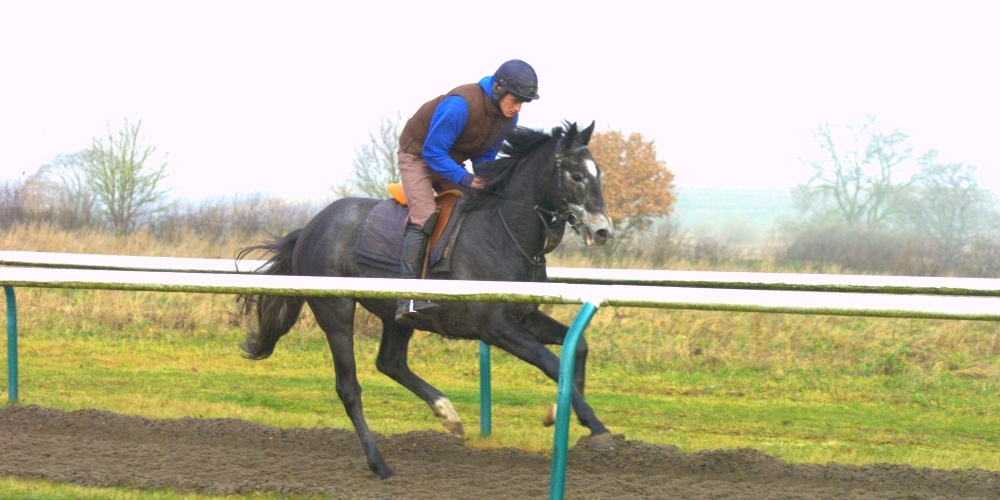 We offer pre-training services and operate a satellite yard where we do all breaking and exercise work, using both grass and all-weather polytrack gallops, a horse walker, and a network of quiet country lanes for gentle road work, to help us prepare the horses to a high level of fitness before joining their trainers.

The Polytrack 6 furlong gallop, has a steady incline, where we can put some extra stamina work into them and prepare them for what to expect when they enter or return to full training.

Or training and preparation team are all experienced horsemen and have had great success. Some notable Mickley Stud graduates:

Ballynagour Trained by David Pipe. Winner of five races including the Grade 3 Byrne Group Plate at the Cheltenham Festival in 2014, and placed at major festivals including Aintree and Punchestown, and in several Class 1 chases, including second to Silviniaco Conti in the Betfred Bowl Chase (Grade 1) .

Monetaire Winner of three races, including the Jim Joel Memorial Trophy at Newbury. Trained by David Pipe, and 2nd at the Cheltenham Festival 2015

Blazing Speed An eight-time winner including the QE2 Cup (Group1) in 2015 and the Standard Chartered Champions and Chater Cup (Group 1) in 2016, both in Hong Kong, and amassed £3.5 million in prize money. Reared and Sold by Mickley Stud.

For more details on all our services, please feel free to get in touch.