LIVING THE DREAM WITH MICKLEY STUD 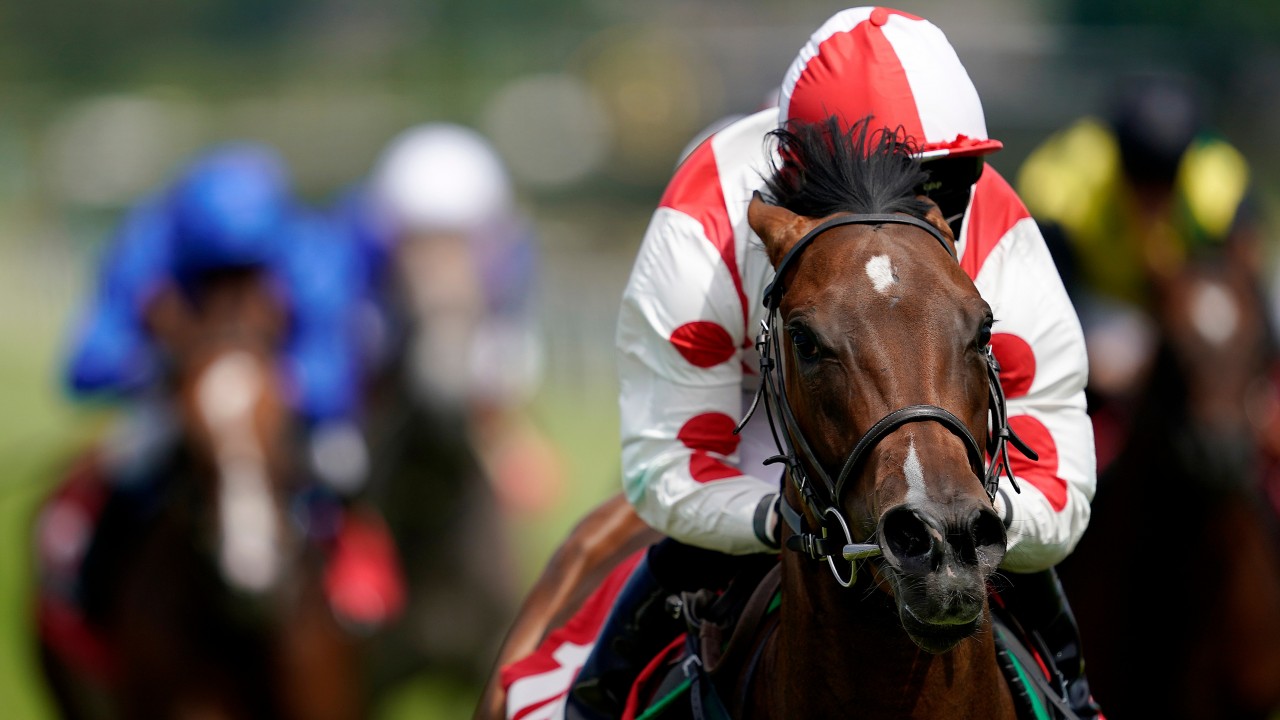 Finally a Glorious feeling for Philip Wilkins after years of disappointment

Philip Wilkins was a little uncomfortable with the congratulatory comments about becoming the winning owner and breeder of the quicksilver Liberty Beach in last week’s Markel Insurance Molecomb Stakes at Goodwood.

His name is on the paperwork and he pays the bills but the refreshingly modest Midlander would rather credit is issued where it is due, to Richard Kent of Mickley Stud, who has masterminded the careers of the first two broodmares Wilkins has ever been involved with.

"People say to me, 'Oh, you’re a breeder, you've got your horses at home have you?' he says with bemusement. "They think they’re in your back garden, grazing away, but they’re not. I’d rather be called a breeder with Mickley Stud but that’s not what happens, so I have to accept the business as it is."

Wilkins fell in love with racing when working part-time as a settler in a betting shop to "support a poorly paid job" and took a few twists along the path before founding the Lichfield-based Hexis UK with his son, Scott, in the early 90s. They supply vinyl for use in signage and advertising on taxis as well as a more current fixation for wrapping around entire cars.

"When we first started it was called sticky-backed plastic, the Blue Peter job, but it’s moved on," he explains.

The company’s performance, from bringing in a few hundred pounds a month to an annual turnover of £10 million, allowed some wriggle room for a little indulgence, although Wilkins started off with a very different sport.

"Because of the association with cars and vehicles we had a motor racing team and raced two MGFs in the MGF Cup with another family," he says. "We were in that for a couple of years, then went club racing for a little while, but the glamour wasn’t the same so I sold the cars and bought a racehorse."

That first horse, Supreme Charter, did not exactly take him to the most salubrious settings. He picked up a minor event at Musselburgh in 2005 for Mark Johnston and was later moved to Ed McMahon, Wilkins’ nearest trainer, only to be retired with leg problems. It characterised Wilkins’ relationship with the sport for the best part of a decade.

"I’ve never been very lucky with racehorses, I’ve basically failed to have one over the age of four," he says ruefully.

Having met Kent through McMahon at the sales one day, Wilkins decided to take a different approach and sent his best two mares to Mickley. They were both members of the walking wounded with Where The Boys Are, a dual-winning daughter of Dylan Thomas, being joined by what was to become Liberty Beach’s dam, Flirtinaskirt. It was one occasion where luck has been on Wilkins’ side, retrospectively at least.

"She only ever won one race at Southwell, although she ran some very creditable races in her career but had knee problems so that was the end of that one," he recalls of Flirtinaskirt. "But she’s the one I decided to start breeding from and I’m very happy about that.

"She’s a half-sister to [Group 3-placed] Pastoral Girl, [Super Sprint runner-up], Lilbourne Lass and La Rioja, who won a Group 3, and she’s got a half-sister called Pattaya, who King Power paid an awful lot of money for. The latest foal sold for 230,000gns as well. I paid only 11 grand for Flirtinaskirt because she was the first one and it hadn’t all kicked off by then with the family."

Flirtinaskirt is still at Mickley and nearly died after losing a foal this year. She was covered by its resident Massaat as standard practice but Wilkins intends to retire her if there are any further complications. Moreover, he has her Listed and Group 3-winning daughter to take her place as well as a yearling filly by Mehmas.
Although targets from the Breeders’ Cup to the Prix de l’Abbaye have been mentioned for Liberty Beach, the owner favours the Lowther Stakes at York as her next target.

"I like to take one step at a time, you get there, make sure you’ve got solid ground before moving to the next," he says. "If you jump straight up and she gets blown away, then it’s rather disappointing. It’s a bit like going from the fourth division to the Premier League - you’ve got to learn the game first."

Whatever happens on the Knavesmire, Wilkins is enjoying floating on a high that must have seemed so remote when he was back in that bookies.

"I never thought it would ever be achievable, as a lot of people do," he says. "It doesn’t occur to you ever that you’ll own a racehorse, you’re an onlooker, but sometimes all of a sudden life changes and I got an opportunity.

"I still pinch myself because I’ve only been in the doldrums of class five, six, maybe flirting with class two or three at one stage. We’ve never broken through, I’d been resigned to just enjoying the game, and paying for it rather than it paying for itself. It has certainly rewarded us now a little bit."

Philip Wilkins offered Liberty Beach at last year’s Tattersalls Ireland Ascot Yearling Sale and, had another few buyers put their hands up, they might have secured themselves one of the season’s most exciting juveniles.

"I probably would have sold if I’d been offered £30,000, but I wasn’t going to sell at £16,000," he says. "When she went to John Quinn’s yard, he didn’t exactly ring me up and say, 'Thanks for sending me this fantastic l horse' - she wasn’t bad looking but she didn’t set the world alight until her maiden race at Redcar, and that was it. We’d got a racehorse."

Wilkins has been asked whether Liberty Beach was named after a favourite holiday destination or, when the filly claimed the Hilary Needler in the week of the D-Day landings commemorations, whether it was something even more poignant.

However, given that he called Flirtinaskirt’s previous daughter Tease Maid, the actual reason is rather more tongue-in-cheek.

"It was a no-brainer," he says. "She’s by Cable Bay, bay is her colour, and there’s a beach in every bay, probably. Liberty is a free spirit in terms of female, so a flirt, and my grandson’s girlfriend is called Liberty Beach.

"I asked her first, I was polite enough to do that, and I liked the name. Liberty had never been to a race meeting before Goodwood, she stood on the podium and got the prize. I said to her, 'Don’t expect this every time we come!'"