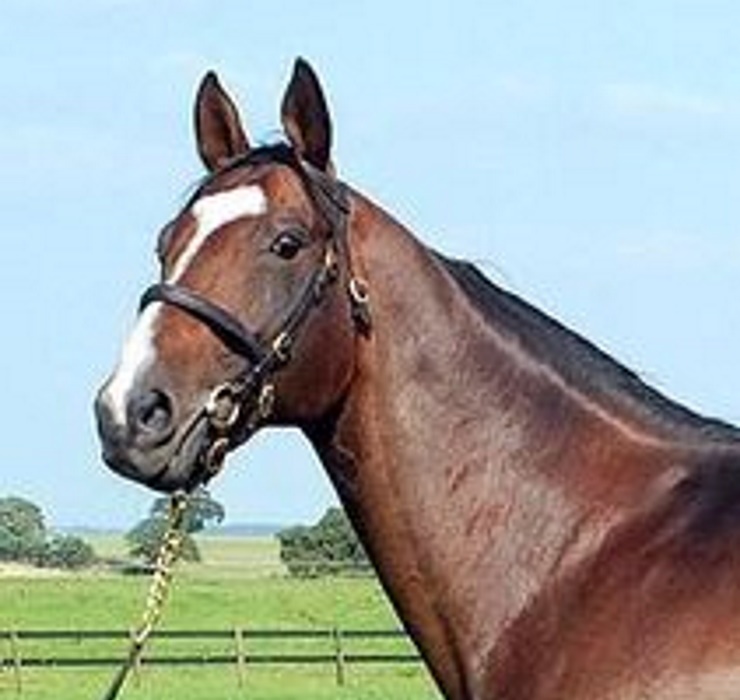 Yorgunnabelucky joined us at Mickley Stud in 2015, and is now starting to get the results on the track that we know his progeny are capable of achieving. He is a son of Giant’s Causeway, who was Champion U.S. based sire three times, and produced 31 Gr.1 winners worldwide. His dam is an own sister to Street Cry, sire of 36 Gr.1 winners, and now Gr.1 producing sons.

A $175,000 purchase by owner Roger Brookhouse at the 2007 Keeneland September Yearling Sale, Yorgunnabelucky is a full brother to leading Shamardal, and offers a budget option for breeders seeking quality bloodlines. The stallion remains the property of Mr Brookhouse, and we're delighted to have been given the opportunity to stand him, as he has produced impressive-looking offspring.

Although he is an obvious choice for National Hunt mares, a limited number of his progeny have been tried on the flat and have performed well. Lucky's Dream won  8 races from 26 starts on the flat, earning a rating of 87, and then went on to win a "Jumpers' Bumper" National Hunt Flat Race in 2021.  Lady Reset was a dual winner for trainer David Evans, and Lets Go Lucky has won 3 races from 11 starts.

On the National Hunt scene, Fortunes Melody, a 2017 filly by Yorgunnabelucky, won a Listed Hurdle race in France and was placed in the Gr2 Prix Bournosienne at Auteuil in 2020. Among his first foals was a half-brother to the Grade 1 bumper winner The Liquidator, who was a leading novice hurdler for David Pipe, winning the Gr.2 Supreme Trial Novices Hurdle at Cheltenham. The Liquidator's half-brother was here at Mickley and he was the nicest foal we had on the farm at the time. He eventually was named Baily Thunder, and won over both hurdles and fences in Ireland during 2020.

Yorgunnabelucky holds the rare distinction among stallions of having been a dual-purpose performer on the racecourse. After three seasons on the flat, which yielded four wins, he moved from Mark Johnston to Alan King, taking in three hurdles races which included a third to Al Ferof and a Grade 2 start.  A return to the flat resulted in another win, beating The Queen's Tactician and Listed-winner Tominator in a valuable 1m  6f handicap at Newmarket.

We have been supporting the stallion with some of our own mares, and encourage breeders to come to see him. He's a good-looking horse with scope, presence, and a very good temperament, and we look forward to seeing more opportunities for him as his reputation grows.

Helsinki (GB), won 1 race at 3 years in France and £17,128 and placed once viz third in Prix Melisande, Evry, L.; Own sister to STREET CRY (IRE);
dam of seven winners from 10 runners and 12 foals of racing age including:- 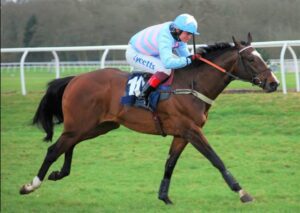